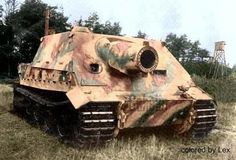 One of only (2) two made, a German "Dicker Max". With its large 105mm main gun, it was very successful on the battlefield.... 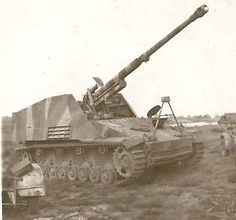 Nashorn (rhinoceros), initially known as Hornisse (hornet), was a German tank destroyer of World War II. It was developed as an interim solution in 1942 by equipping a light turretless chassis with the 8.8 cm Pak 43 heavy anti-tank gun. Though only lightly armoured and displaying a high profile, it could frontally penetrate any Allied tank at long range, and its relatively low cost and superior mobility to heavier vehicles ensured it remained in production until the war's end. 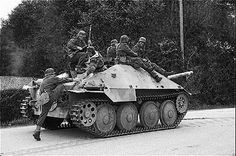 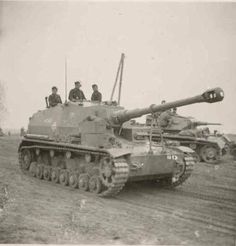 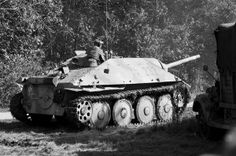 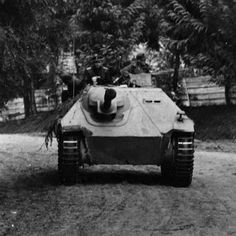 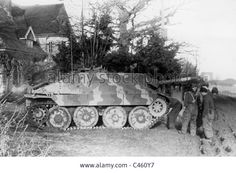 Photo (2) The last operational Dicker Max knocked out on the Eastern Front being inspected by a Russian intelligence officer. Note the number of tank kill rings painted on the barrel that had not been added in photo (1) 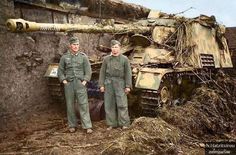 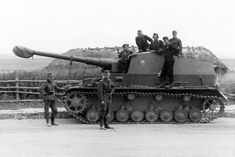 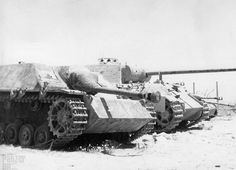 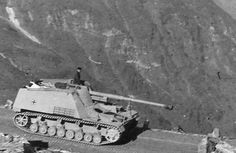