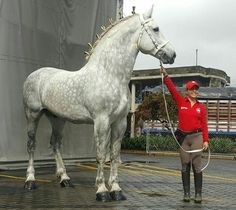 Percheron, I can't believe how big this Baby is!! 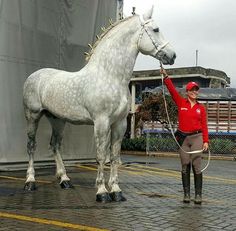 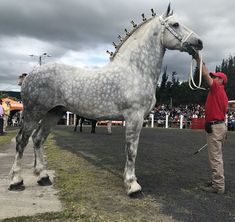 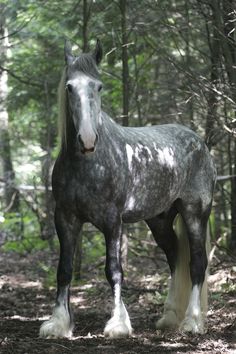 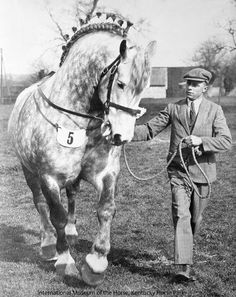 March Viking was one of the greatest Percheron stallions of the 1930s. He was foaled in England in 1929, and was bred and shown by H. H. Truman of March, Cambridgeshire. Prior to his importation to the U.S., he took first prize and was champion of the British Percheron Society’s Stallion Shows in 1935, 1936 and 1937. Photo from Fbook page International Museum of the Horse (thank you!) 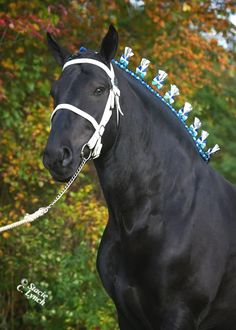 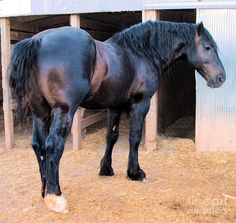 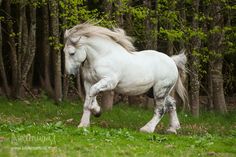 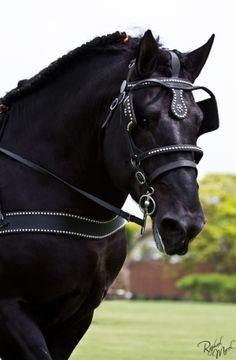 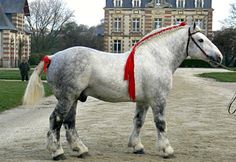 Percheron, old classic type. A draft horse developed in the 18th and 19th century in northern France. Intelligent and willing, it is probably the draft breed that has fared best in modern times. This horse is from the French stud, Société Hippique Percheronne de France, and is the very heavy old style Percheron. 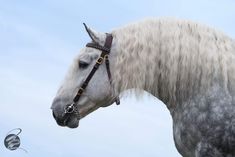 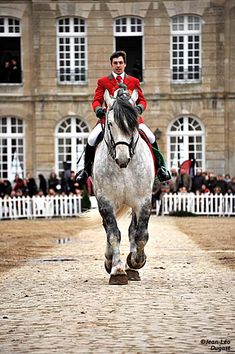 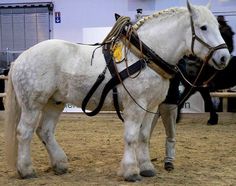 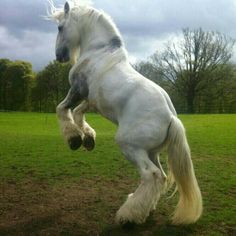 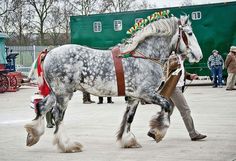 what a stunning dapple grey Percheron. I like they left his mane down too. 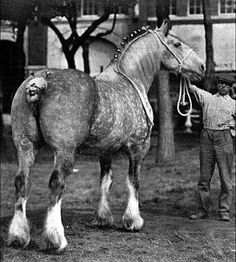 Wow, now that's what I call a mode of transport!! A Percheron, originating from Perche in France these beauties were bred as war horses, stunning & breathtaking