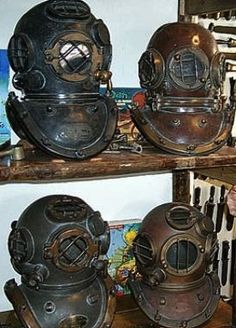 One of those would look FAB in my future study 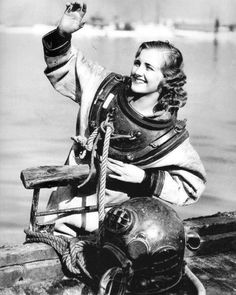 DivingHeritage brings a tribute to all involved in the development of professional diving. The diving helmet museum has over 500 diving helmets and much more on display! 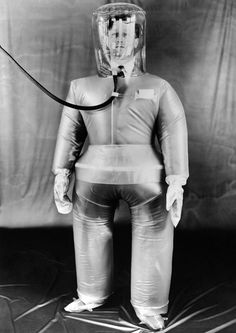 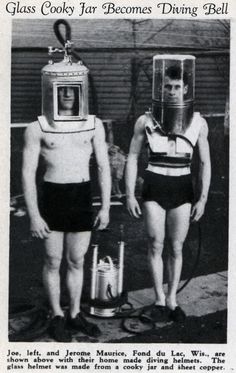 The Strange and Wonderful History of Diving Suits, From 1715 to Today

Long before we had spacesuits, we had diving suits. The ocean was the first hostile environment that we sent people into, completely covered with protective gear. And the suits that people created with late-18th century or 19th century technology are astonighing to behold. See for yourself! 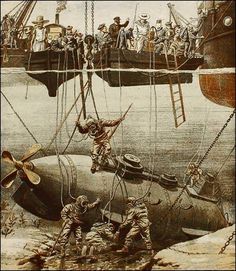 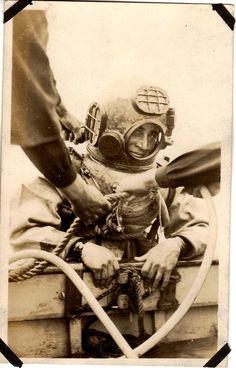 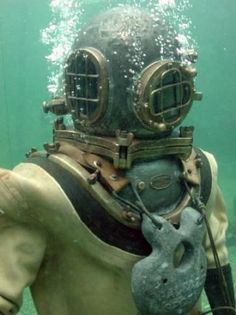 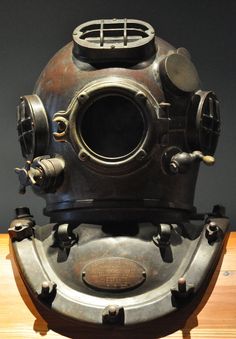 Stock: Antique vintage diving helmet mask. Rules: - Can use within DeviantART as resource for the creation of another piece of artwork. t - Please Do no... Old diving mask helmet 2 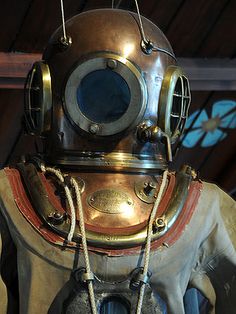 Here is some cool reference I found for us to start working on flight uniforms, which like most sci-fi would figure it would be closer to Naval Uniforms since they are "ships" or large vessels. I thought it would be cool to mix them with old diving uniforms or at least using the old diving uniforms for separate space suits. Meg had this awesome idea where the uniforms or space suits are Victorian inspired, sort of steam punk mixed with sci-fi Here's some reference 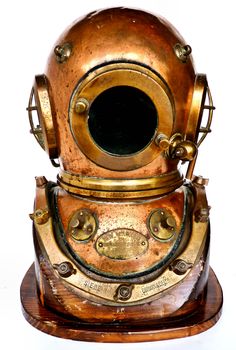 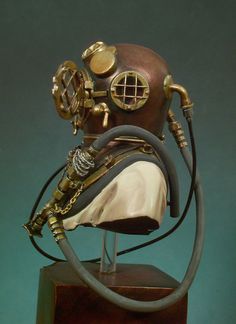 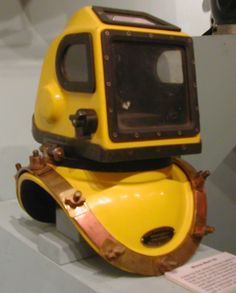 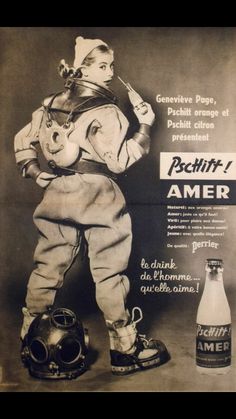 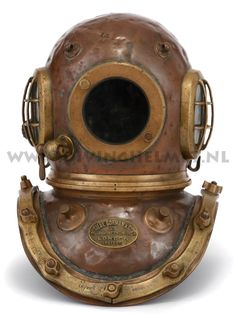 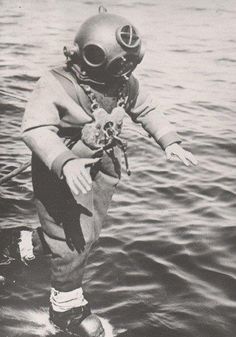 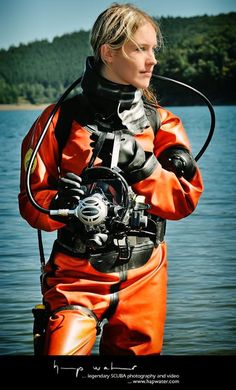