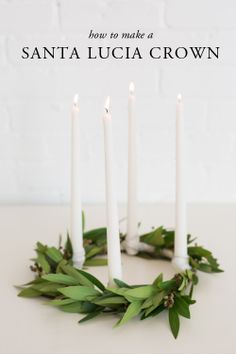 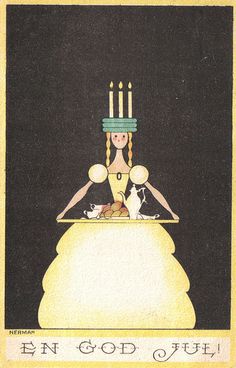 Einar Nerman (1888-1983) was a Swedish artist who grew up in a middle-class family in the city of Norrköping . As a teenager, he dropped out of high school and moved to Stockholm to study art. A few years later, he moved to Paris to study with the neo-impressionist painter, Matisse. When he returne 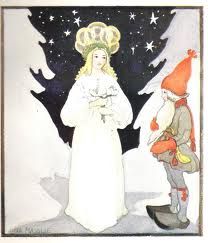 Swedish illustrator Einar Nerman 1888-1983, made these charming Christmas postcards... ...see many more beautiful illustrations by him at 50Watts......thanks WoodenDonkey... 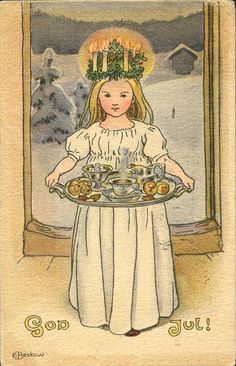 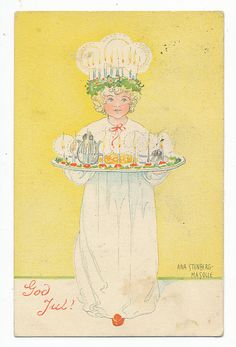 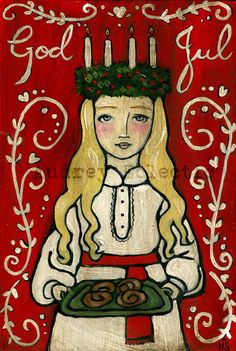 Your place to buy and sell all things handmade

Ever since I was a little girl I have been enthralled by the magic of a traditional Swedish Christmas, especially the St. Lucia tradition. I am pleased to now be offering you a print of one of my most favorite Christmas paintings- St. Lucia. This print features a young girl in the traditional St. 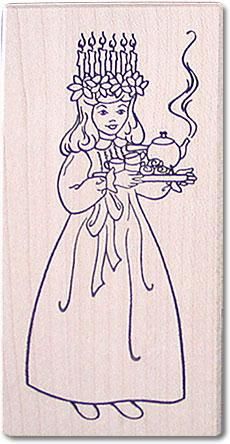 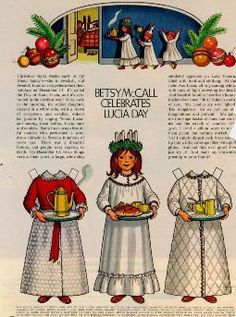 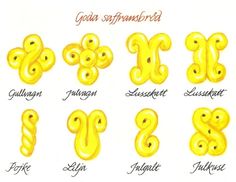 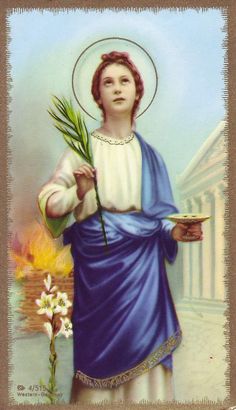 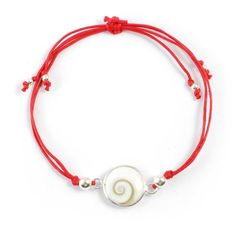 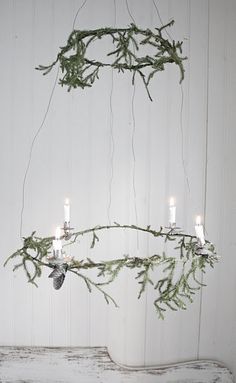 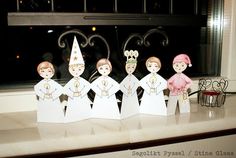 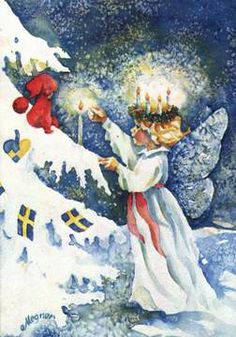 The Light of Lucia 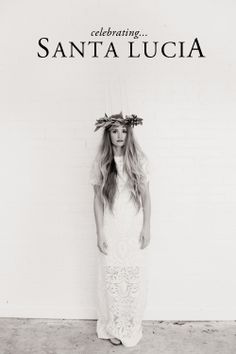