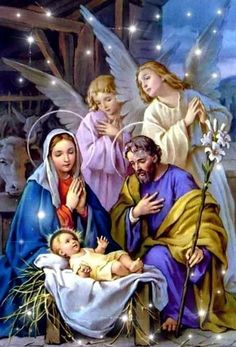 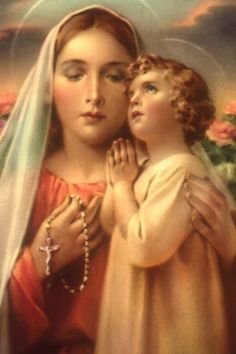 The Blessed Mother and Baby Jesus 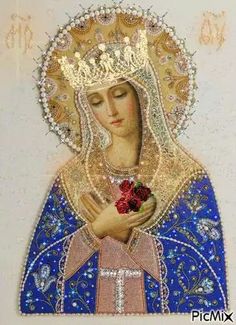 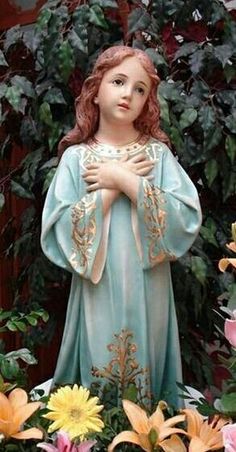 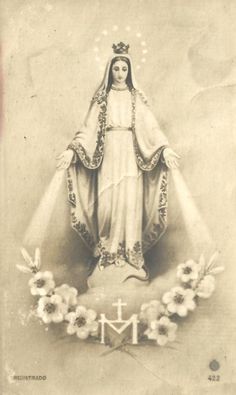 La Milagrosa A vintage Spanish holy card of Our Lady of the Miraculous Medal. 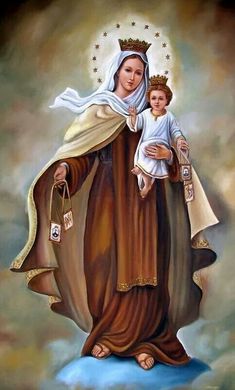 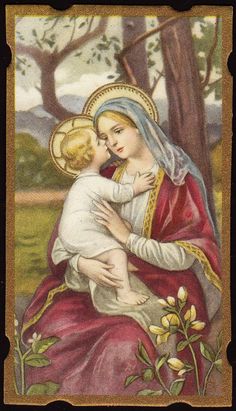 Meadows of Heaven, meadows of earth. What can the difference be? Simply His birth. 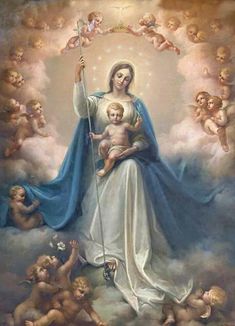 Icon of the Mother of God of Kaluga appeared in 1748 in the village of Tinkova, near Kaluga, at the home of the landowner Basil Kondratevich Khitrov. Two servants of Khitrov were cleaning out junk from the attic of his home. One of his servants Eudokia spit on the icon, became, blind and mute and fell unconscious. The Holy Mother appeared to her family and told them to repent for their daughter's bad behavior. 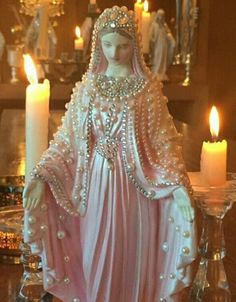 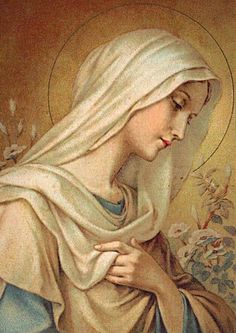 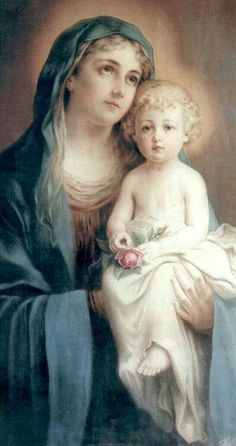 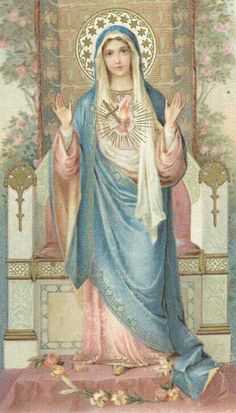 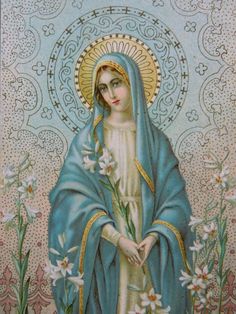 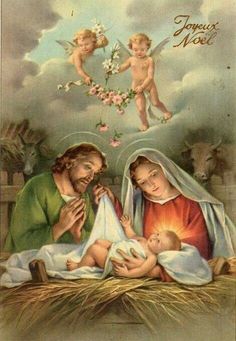 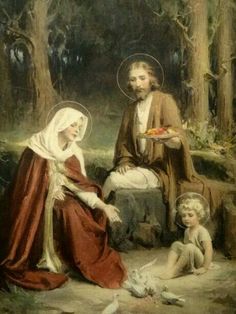