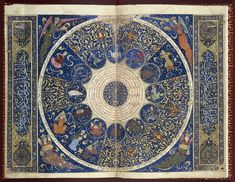 A blog about the Middle Ages and modern world. 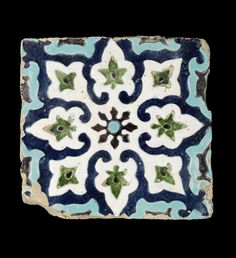 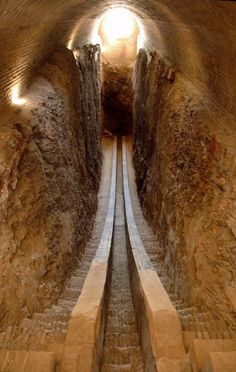 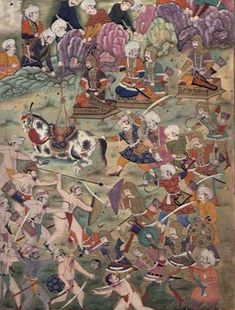 The Battle of Ankara or Battle of Angora, fought on 20 July 1402, took place at the field of Çubuk (near Ankara) between the forces of the Ottoman sultan Bayezid I and the Turko-Mongol forces of Timur, ruler of the Timurid Empire. The battle was a major victory for Timur, and it led to a period of crisis for the Ottoman Empire (the Ottoman Interregnum). 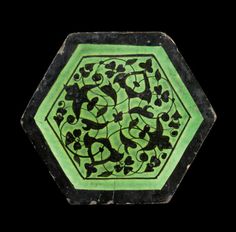 A Timurid underglaze-painted hexagonal pottery Tile Persia, second half of the 15th Century

A Timurid underglaze-painted hexagonal pottery Tile Persia, second half of the 15th Century of hexagonal form, decorated in green and black with palmettes and split palmettes on a ground of scrolling floral vines terminating in half palmettes 15.5 cm. max. diam.

Founded in the 7th century B.C. as ancient Afrasiab, Samarkand had its most significant development in the Timurid period from the 14th to the 15th centuries. The major monuments include the Registan Mosque and madrasas, Bibi-Khanum Mosque, the Shakhi-Zinda compound and the Gur-Emir ensemble, as well as Ulugh-Beg's Observatory. 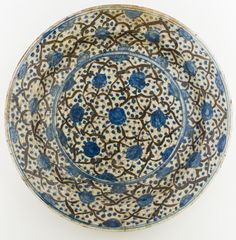 Porphyry Fine Art and Antiques LLC is committed to the happy pursuit of the perfect piece for both the casual enthusiast and the earnest collector. We make every effort to assemble engaging works that engender conversation. In so doing, we hope to dust off the stodginess that occasionally surrounds antiques and convey the pleasures that come from interacting with a great object. Porphyry’s diverse holdings range from the prehistoric to the modern, from fine paintings to historical… 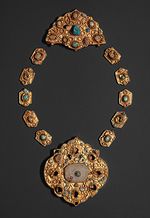 “During the period from 1000 to 1400, in spite of great political instability largely due to Turkic and Mongol armies sweeping through the region, Iran becomes one of the most important cultural and artistic centers in the Islamic world. Under outstanding patrons, Iranian artists demonstrate tremendous ingenuity and technical skill. Their creations are among the masterpieces of late medieval Islamic art and architecture.” 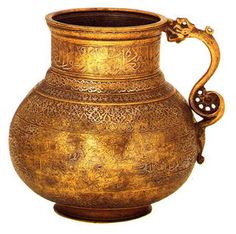 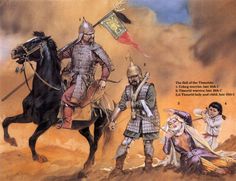 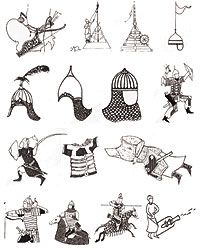 San'at :: "Troops Marched as the Rolling Thunder…" (Military Costume of the Epoch of Timur and the Timurids) 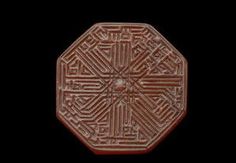 An engraved Timurid carnelian Seal - Persia, 14th Century - of octagonal form, engraved to one side in positive with complex interlacing geometric inscription containing the Ashara mubashara, or names of the orthodox Caliphs and Companions of the Prophet, reverse plain 2.2 cm. diam. 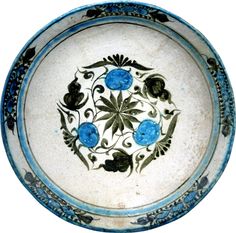 POMEGRANATES AND LEAVES - Northern Iran or Western Central Asia (Timurid), 15th century - A large pottery dish of shallow rounded form with a sloping rim standing on a short foot, the reddish buff earthenware body coated inside and partially on the outside with a white slip on which the decoration has been painted in an elegant bichrome palette of crisp black and turquoise under a transparent, colourless lead glaze with a delicate crackle. 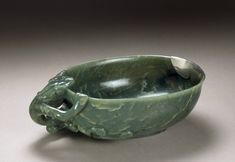 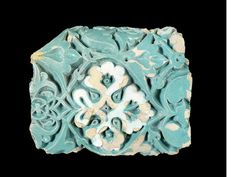 The Tiles of Infinity

Traveling through the Silk Road cities of Samarkand and Bukhara, Peter Lu noticed ornamental tile patterns so complex that the principles underlying them have been articulated by mathematicians only in the last four decades. How did artisans centuries ago produce them? One answer lay in drawings found on a 500-year-old scroll.