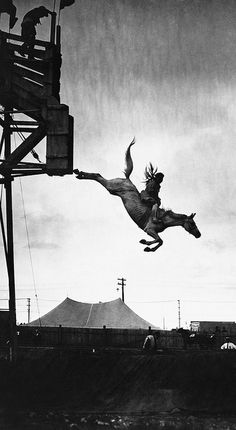 Sonora and Her Diving Horse

Image No: NB-16-417 Title: Sonora Carver with the west's first diving horse, trained in the United States and shown at the Calgary Exhibition and Stampede. Date: [ca. 1925-1930] Photographer/Illustrator: Oliver, W.J., Calgary, Alberta Remarks: The horse dived about 50 feet into a tank of water about 10 feet deep and Miss Carver stayed on the horse during all of the jump. She lost her eyesight in 1931 when her horse landed badly, but by 1932 was again diving horses. She retired in 1942 and… 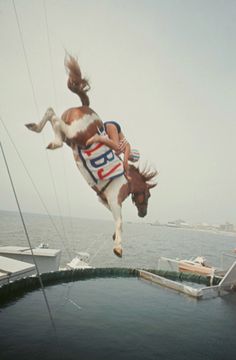 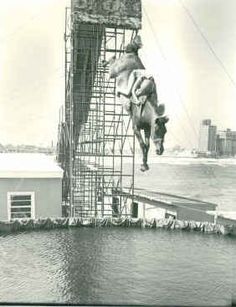 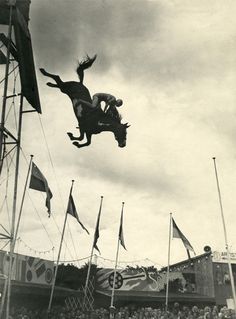 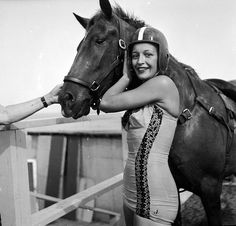 Sonora Webster Carver was an American entertainer, most notable as one of the first female horse divers. Her job was to mount a running horse as it reached the top of a forty-foot (sometimes sixty-foot) tower and sail down on its back as it plunged into a deep pool of water directly below. In 1931, Sonora was blinded, a retinal detachment, due to hitting the water off-balance with her eyes open, while diving her horse, Red Lips. After her accident she continued to dive horses until 1942. 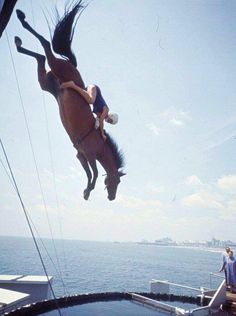 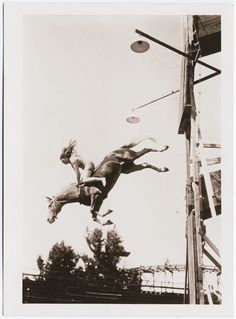 The Diving Horses of Atlantic City

* Wild hearts can't be broken* The Diving Horses of Atlantic City: Take a dive into the past, read all about this amazing equestrian act in our blog post: http://stargazermercantile.com/diving-horses-atlantic-city/ 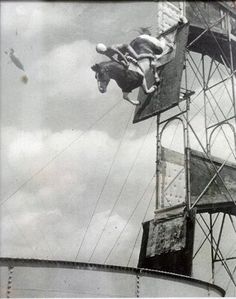 A frontiersman and sharpshooter of the Wild West, William Frank "Doc" Carver, is generally credited with developing the diving horse routine, which came to Atlantic City in the 1920s 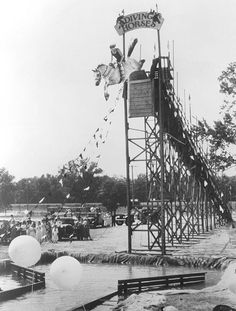 Based on a true story [1], the 1991 film /Wild Hearts Can't Be Broken [2]/ tells the story of an orphan girl named Sonora (played by Gabrielle Anwar) whose beloved horse is sold off by her aunt as punishment for Sonora's bad behavior. Sneaking off into the night, Sonora takes to the road in sear... 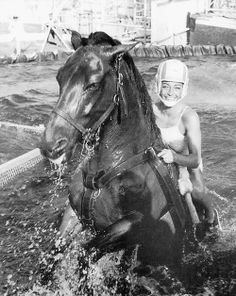 And I thought *I* had an under-developed sense of fear... 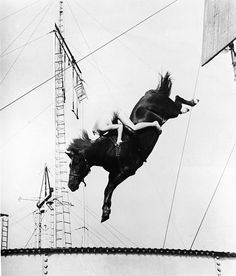 A male circus performer holds tight while riding atop a horse for a stunt high-dive into a swimming pool, 1930s. (Photo by Frederic Lewis/Getty Images) 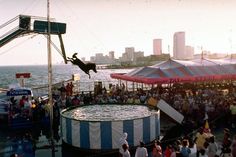 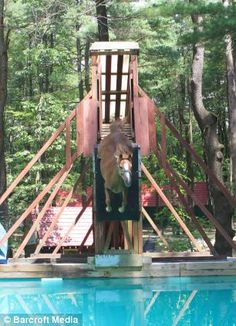 For the past eighteen years Lightning the Wonder Horse has been giving daily shows where he dives into a 14 feet deep, 30-feet wide, 117,000 gallon pool of water. 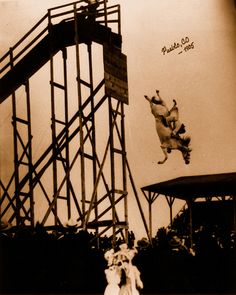 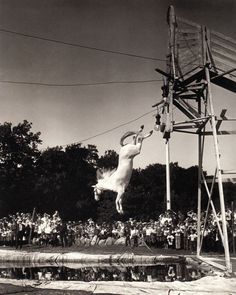