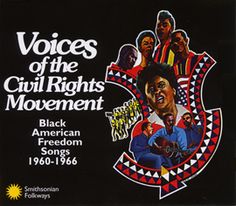 This double-CD reissue documents a central aspect of the cultural environment of the Civil Rights Movement, acknowledging songs as the language that focused people's energy. These 43 tracks are a series of musical images, of a people in conversation about their determination to be free. Many of ... 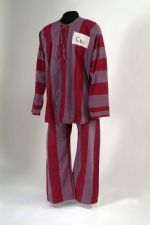 From 1961 to 1973, the North Vietnamese and Vietcong held hundreds of Americans captive. In North Vietnam alone, more than a dozen prisons were scattered in and around the capital city of Hanoi. American POWs gave them nicknames: Alcatraz, Briarpatch, Dirty Bird, the Hanoi Hilton, the Zoo. Conditions were appalling; food was watery soup and bread, prisoners were variously isolated, starved, beaten, tortured—for countless hours—and paraded in anti-American propaganda. 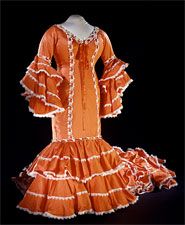 Cuban Rumba Dress This is a Bata Cubana, or Cuban Rumba dress, donated to the Smithsonian by Celia Cruz, the great Cuban salsa singer, in 1997. The Bata Cubana is a garment worn for performance on stage or cabaret. The Bata Cubana has its roots in the 19th century, and brings together influences from Spanish, French, and African culture and dress, combining theater, fiesta, and the spectacle of carnival with slave and gypsy dress. 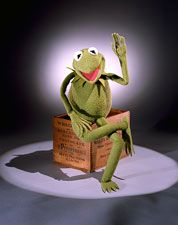 Kermit, a hand and rod puppet created in 1955 by Jim Henson, belongs to America's beloved puppet troupe, The Muppets. Kermit has served as master of ceremonies, comic, and crusader for tolerance in Henson's many creative endeavors. His most memorable role was as the leading Muppet character on Sesame Street (1969-). Kermit also played a lead role in The Muppet Show (1976-1980). 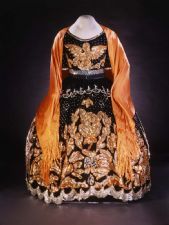 China Poblana Dress -- Mariachis, groups comprised of vocalists, trumpeters, violinists, and various bass and guitar players, are today considered Mexico's traditional musical ensemble. Originally from the state of Jalisco, mariachi music transformed itself from a regional to a national music between the 1930s and 1950s. Its accompanying attire is the fancy charro costume for men and the china poblana dress (like the one pictured here) for women. 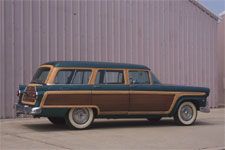 In the 1950s, the station wagon became a staple of America's new suburban landscape and a ubiquitous extension of the suburban home. This car reveals how one family adopted a mobile, active lifestyle and how station wagons shaped family life. 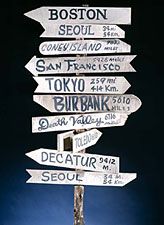 Declaring the distances to such places as Boston, San Francisco, and Toledo, this sign post graced the set of M*A*S*H during the show's run. Set in Korea during the 1950s, the show revolved around the work and antics of the staff of a Mobile Army Surgical Hospital (MASH). Its final episode on February 28, 1983, was the most–watched television program of all time. 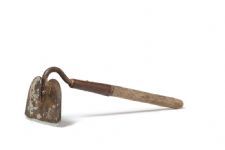 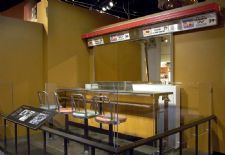 On February 1, 1960, four African American college students--Ezell A. Blair, Jr. (now Jibreel Khazan), Franklin E. McCain, Joseph A. McNeil, and David L. Richmond--sat down at this "whites only" lunch counter at the Woolworth's store in Greensboro, North Carolina, and politely asked for service. Their request was refused, and when asked to leave, the students remained in their seats in protest. 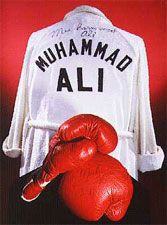 Muhammad Ali's boxing robes & gloves. Ali gained fame for his boxing skills, charisma and the controversy he generated outside the ring. 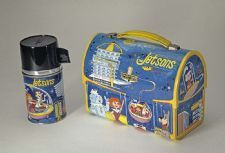 Aladdin Industries profited from the success of The Jetsons television cartoon series in the fall of 1963 by introducing a domed lunch box featuring that space-traveling suburban family and their robotic maid. American notions of family life in the 1960s traveled effortlessly outward to interplanetary space on this fanciful box.

Handbill: The March on Washington, August 28, 1963, was the largest civil rights demonstration the nation had ever witnessed. 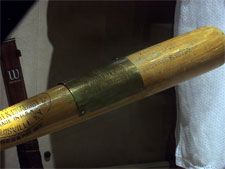 St. Louis Cardinal Stan “The Man” Musial (b. 1920) used this Louisville Slugger to collect his 3,000th hit on May 13, 1958, in Chicago's Wrigley Field. The umpires later presented him with the bat. 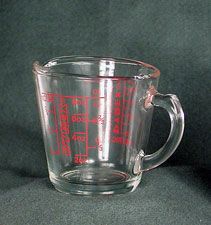 The well-known cookbook author and television cooking show star Julia Child had a number of the most commonly used American kitchen measuring devices in her kitchen. 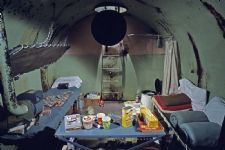 The family fallout shelter represents the public policy assumptions of the atomic age, namely, that with enough preparation, the American family and with it the nation's social and political fabric would survive a nuclear attack. This free-standing, double-hulled steel shelter was installed beneath a front yard in Ft. Wayne, Indiana.