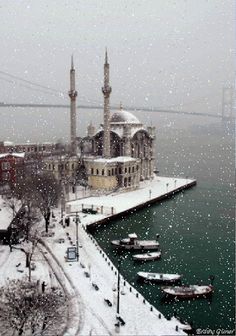 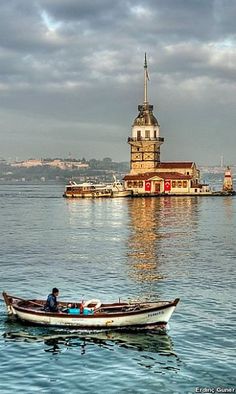 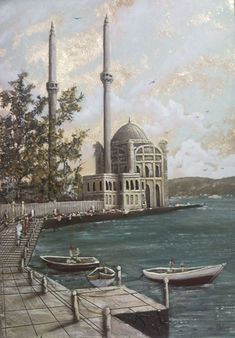 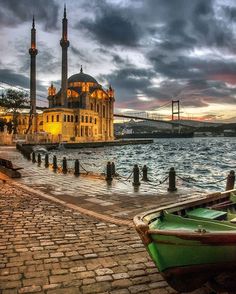 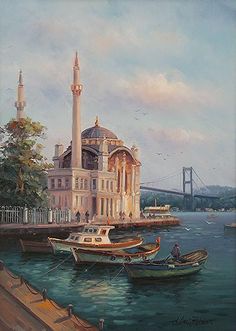 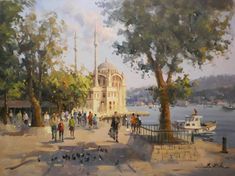 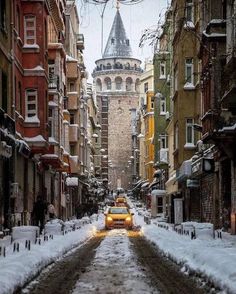 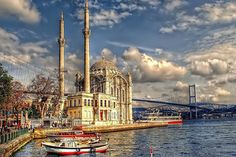 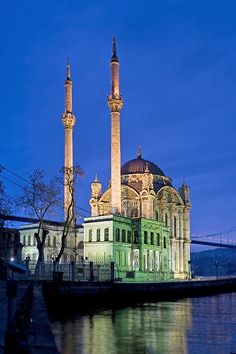 This photo from Istanbul, Marmara is titled 'The Mosque - Ortakoy IV'. 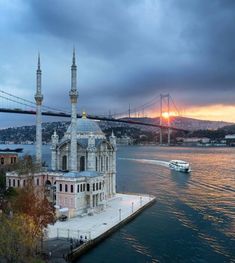 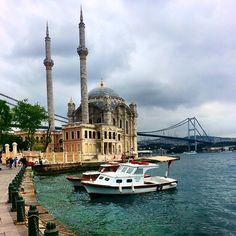 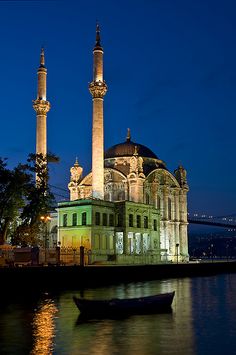 Ortaköy Mosque (Turkish: Ortaköy Camii), officially the Büyük Mecidiye Camii (Grand Imperial Mosque) of Sultan Abdülmecid in Beşiktaş, Istanbul, Turkey, is situated at the waterside of the Ortaköy pier square, one of the most popular locations on the Bosphorus. The original Ortaköy Mosque was built in the 18th century. The current mosque, which was erected in its place, was ordered by the Ottoman sultan Abdülmecid and built between 1854 and 1856.

ORTAKOY MOSQUE : was built by (Armenian Architect) Nigogos BALYAN. in Baroque-style for Sultan Abdulmecit, between 1854-1855, in Istanbul. Nigogos new desing was tried in This Mosque and Dolmabahce Mosque. Sarah Allan 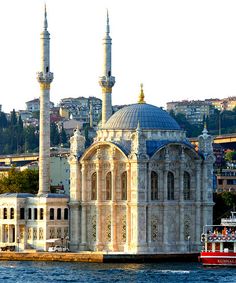 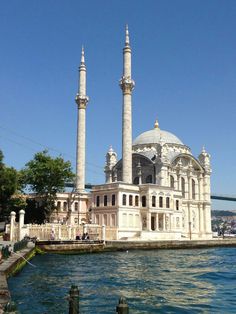 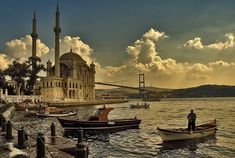