Or with water, use a vial or corked bottle.

Apache Blessing...Maybe by the bar OR When you leave the ceremony to the reception area? This is a beautiful blessing. 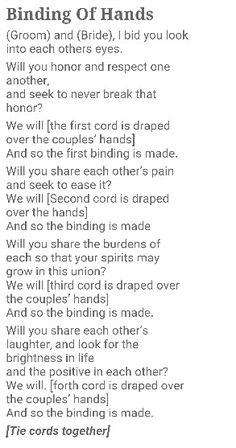 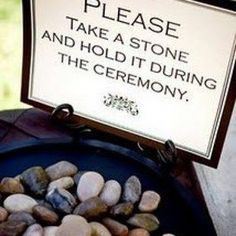 Want to honor a Celtic heritage? Look into the Oathing Stone 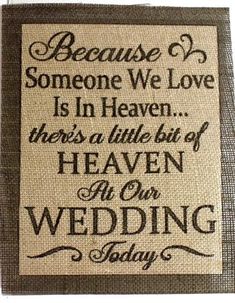 In Memory of burlap wedding sign. Wedding sign to remember those who have passed. What a great wedding item or gift that will be remembered forever! This fabulous keepsake can be customized in no time!. Sign measures 8.5 x 10.5" This is for the print (frame not included) Measurements may vary slightly as burlap is a na 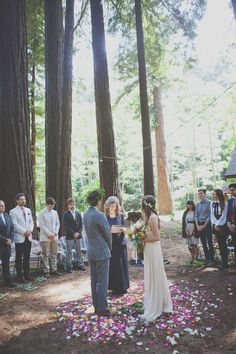 No arbour...just a circle of scattered petals for bride & groom to stand on in a beautiful setting 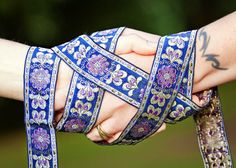 A handfasting is an old Pagan custom that dates back to the time of the ancient Celtics. It was a Celtic marriage ritual where two people declare a binding union to each other for exactly a year and a day. It is similar to the engagement period that we know now. The purpose of the original handfasting was to serve as a 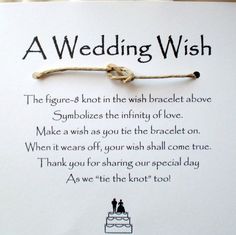 Use WeddingWire for everything you loved about Project Wedding, and so much more. Find new wedding ideas, book wedding vendors, and talk to real couples. 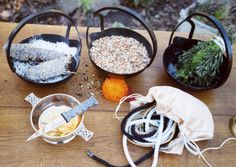 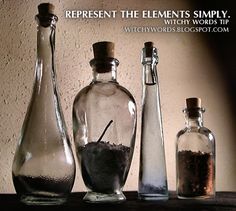 I've always felt the need to do more than simply light a candle when calling the Watchtowers. Today's Witchy Words tip stems from what I... 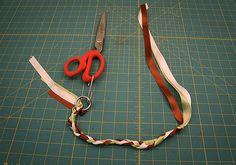 There is no right or wrong way to make handfasting cords, and they can be as elaborate or simple as you want them to be. It really comes down to what you want to represent yourselves, or what is easiest for you. 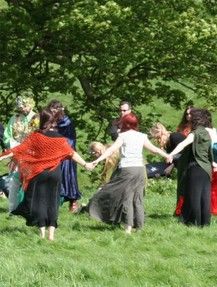 What to Expect at a Pagan Wedding Ceremony

Running around naked and sacrificing babies or virgins are two things that will not happen at a witch wedding. Read on to find out what will! 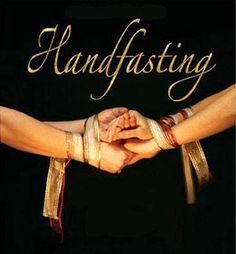 Handfasting – The Making of a Marriage

Handfasting is the word used by ancient Celts to describe their traditional trial marriage ceremonies. It is also a term used to describe an engagement or a betrothal. It was and is a ceremony in which the couple declare publicly their intentions. Handfasting is used today by many Pagans, Neo-Pagans, Wiccans, or just plain romantic people.